This one speaks to a concept that developed during a trip from North Carolina to Oklahoma last summer.  Or it might have been the other way around. That happened a couple of times - I was fortunate enough to be able to spend some time with my ailing father. I would spend a couple of weeks, then head out and do some glass work and clear my head & attempt to process the situation, then head back in for a few weeks.  The visits were pretty emotionally charged, we never quite had the kind of connection I thought we were supposed to have.  He was 81, a child during the Dust Bowl in rural Oklahoma.  He was from the same generation as most of my friend's grandparents.  Emotions were kept close - rarely expressed. I think that was the hardest part of our relationship, at least for me anyway.  Immediately after his funeral, I suddenly understood a great deal more about the man. Of course I wish we would have had more time together - but we didn't - that one's on both of us.  We had what we had.  He was a really Good Man and I believe he passed along some great gifts to me.

It is the notion of the emotional facade that sparked this piece.  Never opening up and letting anyone see what's going on inside.  Distracting ourselves from the internal decay via satellite transmissions.  Keeping up appearances to the neighbors.  That is where the white picket fence comes in.  It creates a boundary that keeps us safe and content, keeping the bad of the world out.  The fence also keeps us in. Contained. Trapped to our little domain.  Seeing the world through the TV from behind that little boundary.  The American Dream is all wrapped up in that fence. 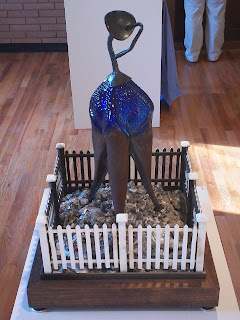 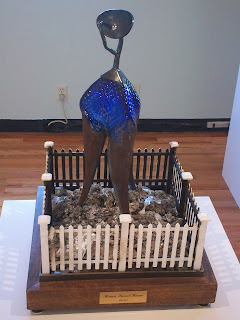 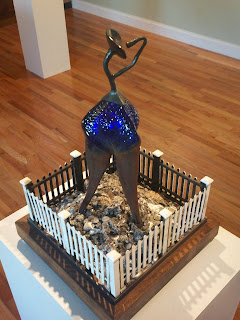 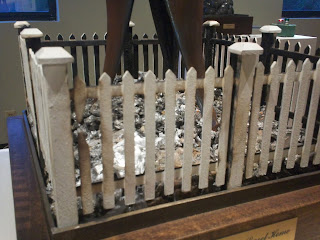 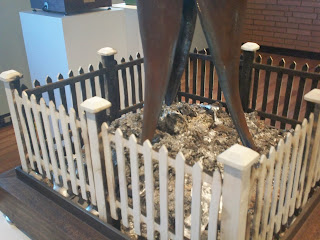 Posted by Phil Vinson at 7:31 PM No comments: